Listed below are items included in the Regular Metalhead Box 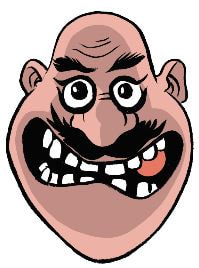 EXCLUSIVE ANTHRAX "NOT MAN" TRIBUTE PIN
​Limited Edition exclusive "NOT MAN" ANTHRAX Tribute Pin. Inspired by the legendary Thrash Metal bands mascot.
The Not Man first appeared on t-shirts while touring behind the bands Spreading the Disease album. Vinyl copies of Among the Living also immortalized the newly minted mascot with an insert. The year is 2020 and the Not Man is alive and well! Designed by Mark Rudolph
ONE OF THREE PATCHES
​Each regular Metalhead Box received one of three patches. One of either ANNIHILATOR, PESTILENCE or BEHERIT. Which one did you receive?

wHAT ARE YOU WAITING FOR?

GET THE METALHEAD BOX!